Well, it’s happening: version 3.0 is here, all new and shiny. As the caption says it’s not yet another revision. The new release brings more machine learning editing features, allows users to combine effects, and shifts the spotlight on users and their creativity with its new social feed.

Photo Lab has always been known for its numerous photo effects, impressive in their variety and design. Through the years the app has come to solve many tasks, from adding a simple border to a picture to complicated art style transfer or instant background replacement or creating Photoshop-like edits, all powered by in-house artificial intelligence algorithms. However, no matter how inventive the effects are, only one effect could be applied at a time. Which was a serious limitation. Now we are bringing new approach to the app’s content and shifting the spotlight on you, our users.

Part 1, in which users meet Combos for the first time

PhotoLab 3.0 is all now about the users. As we mentioned earlier our primary aim was to give you the freedom to create anything you really want. In Photo Lab it would mean the ability to mix the templates in any possible sequences to get variation of existing templates or even create completely new effects. That’s when Combos came to the stage (and actually came to stay).

Combos are combinations of effects and filters that can be saved for later use. Now you can have a blast not only trying out new filters and effects but creating new ones and sharing resulting effects with your peers. 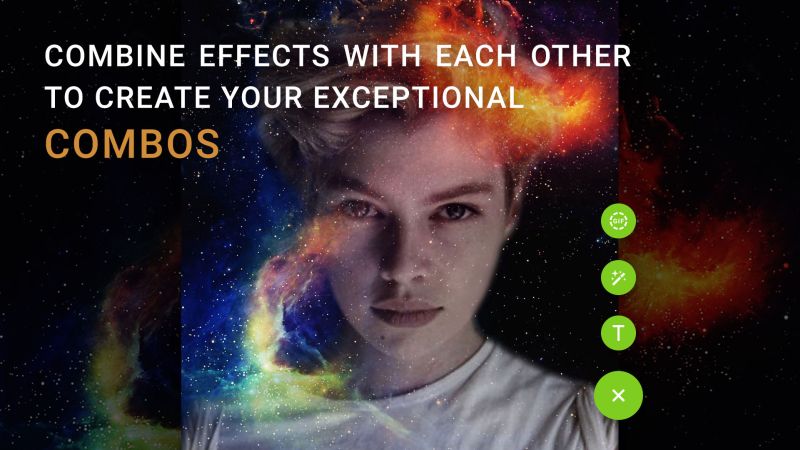 There are literally limitless possibilities for you to work with, creating new effects or tweaking the ones someone made beforehand. You can artify a face montage, add a color filter to smooth the difference between a photo and a frame or tickle your artistic skills by mixing several art styles with a couple of lighting filters.

Do whatever you see fit to get the best result for your photos. Everything is possible and your fantasy is the only limit.

Part 2, in which social features are revealed

Another big thing that defines this release as a milestone is that in version 3.0 you have an exciting opportunity to share the combos with the Photo Lab community as well as explore others’ exceptional combos in our new social Feed. On top of that, it is possible to apply other users’ combos to your photos in a single tap and then tweak them if you feel that they are not perfect enough. 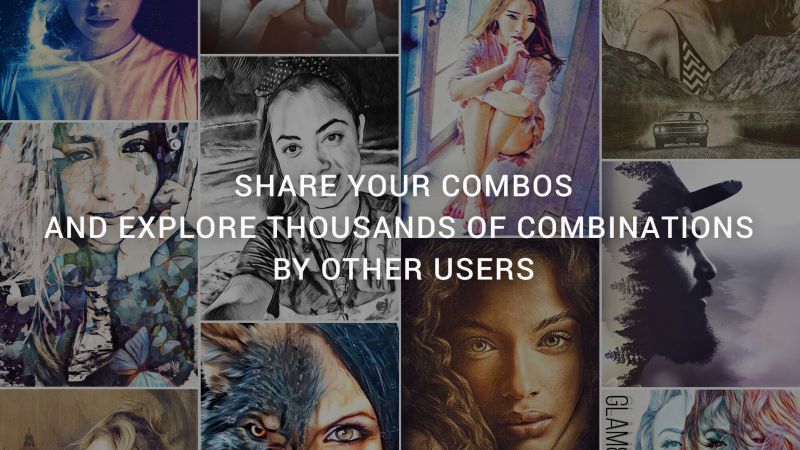 The social feed is the most promising feature with great potential, and we have big plans for it. For example, adding more common social traits like following other users or commenting on the posts. Meanwhile, you can seek for an inspiration browsing through the feed.

Part 3, in which sharing experiences are expanded

Think you’ve created something special? Now you can not only share the resulting image but also allow your friends and followers use your combo as well. As you create your Combos and post them to Photo Lab feed, you get the unique URL to share with your friends. As simple as that.

Moreover, no matter if your friends have Photo Lab on their phone or not, they can try your Combo anyway. It’s because Photo Lab 3.0 now have a web version of the social feed – PhotoLab.me site, that allows ANYONE view and try Combos even from their browser.

Install Photo Lab now and get ready for a totally new experience, full of creativity and inspiration.