…This time in Pakistan and Jordan. Photo Lab has been #1 in App Store since Thursday last week and is hitting top 10 in Google Play now.

We didn’t see that coming. As with India earlier this Summer it happened overnight, and the number of downloads is still growing. However, unlike their neighbors, users from Pakistan have fallen for the whole idea of the effects combinations rather than one particular effect. At least this is as we see it. 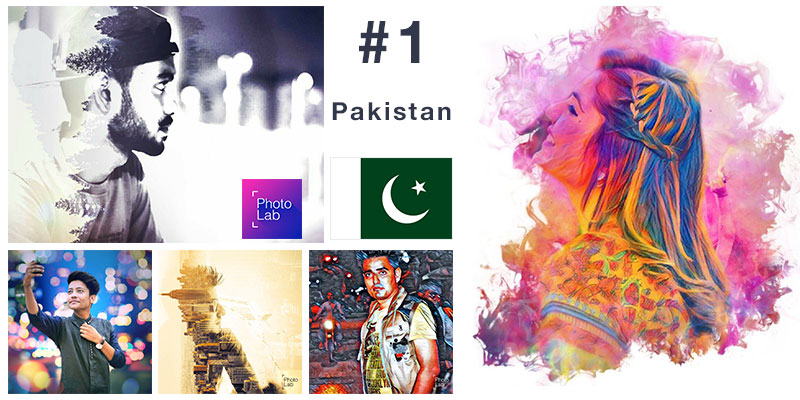 Our understanding is it’s a word-of-mouth to blame. And users we questioned about this out-of-the-blue boost of activity confirm, saying that Photo Lab has instantly become as popular as the Prisma app once was. Total craze!

And what about Jordan? It looks like a totally independent trend, which makes us even more confident about effects combination approach we’ve chosen for the app. Just have a look at some of the compositions!

Once again Photo Lab proves that creativity is for everyone. Install it to your iPhone or Android phone, create and share your unique masterpieces.