We had no idea about it for some time but look who is sporting our hottest profile picture design (so far) on his Instagram account? 👑

Yep, believe your own eyes, we have Sheikh Hamdan bin Mohammed bin Rashid Al Maktoum (popularly known as Fazza) among our #NewProfilePic users. He has been the Crown Prince of Dubai since 2008 according to Wikipedia.

A person of so many talents definitely can’t be wrong, right? As those millions of users who literally fell for this effect earlier in May this year.

Sure your attachment to this very yellowish profile pic design is totally understandable, it belongs to our personal faves too. However rumor has it we update the range of styles often. Which is not a rumor by the way and we release new arrivals on Fridays.

How about making it a habit to meet you there every week? 😉

Yet another reason to say ‘WOW’! 🤩 It was only in the beginning of April that we released our NewProfilePic app – another AI-based app letting you update your profile pic on social media as often as you want and offering you lots of fancy styles for that. 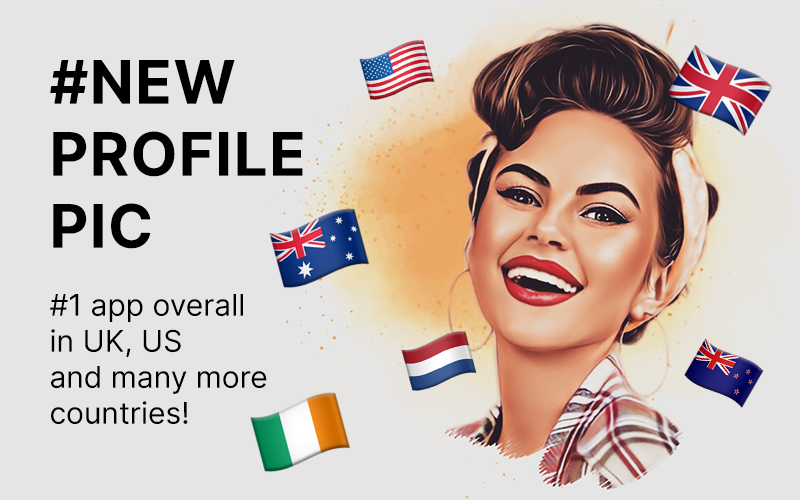 END_OF_DOCUMENT_TOKEN_TO_BE_REPLACED

We are beyond excited to launch our new feature in Photo Lab and ToonMe apps!

Meet Animated Story Drawing Mode that shows the transition between the original version of your photo and the picture with effects applied. Let everyone enjoy watching your photo quickly, but smoothly turn into a cartoon or a drawn version of yourself within a few seconds.

END_OF_DOCUMENT_TOKEN_TO_BE_REPLACED

The position of the Photo Lab app in Ukraine has skyrocketed (#1 at the very moment) in the last two days on both the App Store and Google Play Store. All thanks to the flag-based combo a lot of Ukrainians and their supporters use to express the sense of unity and aspiration for peace.

As the interest grows, a great number of questions have been hitting our support inbox regarding the origin of the company and app behavior. We’d like to spread the light on most of them.

A note for our English-speaking users: the rest of the text in this post is written in Russian. Just because the users it’s targeted at are very much likely to speak Russian and we’d like to do our best to lessen their concerns and bring a bit more calm in this time of hardship.

Thank you for your understanding 🙏

END_OF_DOCUMENT_TOKEN_TO_BE_REPLACED

You know how passionate and enthusiastic we get when it comes to technologies in photo editing. We have delivered quite a number of AI-driven algorithms, many of which appeared in Photo Lab before they did in any other app. What a magical feeling. ☺️

END_OF_DOCUMENT_TOKEN_TO_BE_REPLACED

As the new season of the epic The Simpsons series is approaching, yellow has all chances to become the new black. And with the latest update of our one-of-a-kind “simpsonizing” technology in ToonMe it is almost inevitable.

END_OF_DOCUMENT_TOKEN_TO_BE_REPLACED

It’s been the second weekend in a row our ToonMe app has hit #1 app overall on App Store in Japan, leaving behind such giants as Instagram, YouTube, or TikTok. Thanks to the increased interest shown by local TV hosts and editors, the app keeps its positions in the land of rising sun for two weeks already. And we hope it’s only the beginning.

END_OF_DOCUMENT_TOKEN_TO_BE_REPLACED

Yep, ToonMe.com skyrocketed overnight, having made us the happiest developers in the world. At the same time, our servers were down, keeping us down to earth and proving that it’s something you can never be ready enough for…

END_OF_DOCUMENT_TOKEN_TO_BE_REPLACED

After our Photo Lab app got viral in Bangladesh with its new photo effect (and reached #1 rank there on Android), three of their leading news websites «proved» it to be a part of IBM’s plan to sell data to the US Intelligence Agencies. Sounds ridiculous and it is, but that actually happened.

Shortly after we released new «AI Cartoon» effects, Photo Lab started slowly climbing the ranks in lots of countries. And this particular combo became a hit in lots of Muslim countries. Especially in Bangladesh! After becoming #1 photo editing app there by the end of last week, it moved up to top #1 overall in its Android store as of this Wednesday, beating Facebook and Instagram, the platforms from which the virality derived.

It became so popular that Bangladesh accounted for more than half of our daily processing, our servers even got down for some time. At some point, about half of Dhaka’s «Recent» Instagram posts were dedicated to our effects.

And early today the news broke. Three of Bangladesh’s leading websites (www.kalerkantho.com, www.somoynews.tv, banglanews24.com) posted an article claiming that Photo Lab is actually… CIA project aimed at collecting bank data of its users. Well, we are obviously not. We even don’t have an office in the US.

END_OF_DOCUMENT_TOKEN_TO_BE_REPLACED

Cartoon portraits have been quite popular since… always. Tons of artists on Fiverr and other platforms are selling the opportunity to get your hand-drawn version within two or three days. Just choose a style and pay the bill.

You wish you had another option? An instant one? Now you have it! Photo Lab is proud to introduce first-ever AI-driven Cartoon Portraits maker. 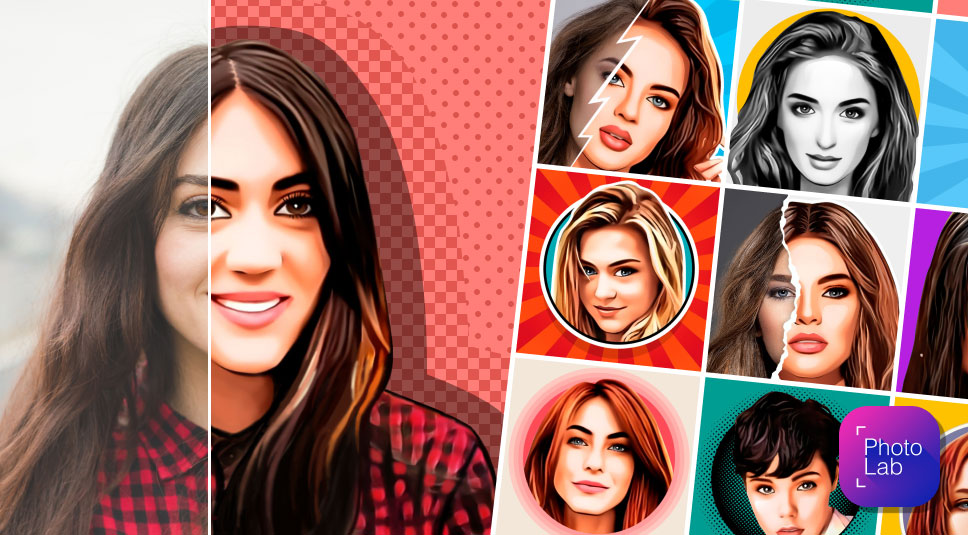