And it feels absolutely crazymazing! 😊 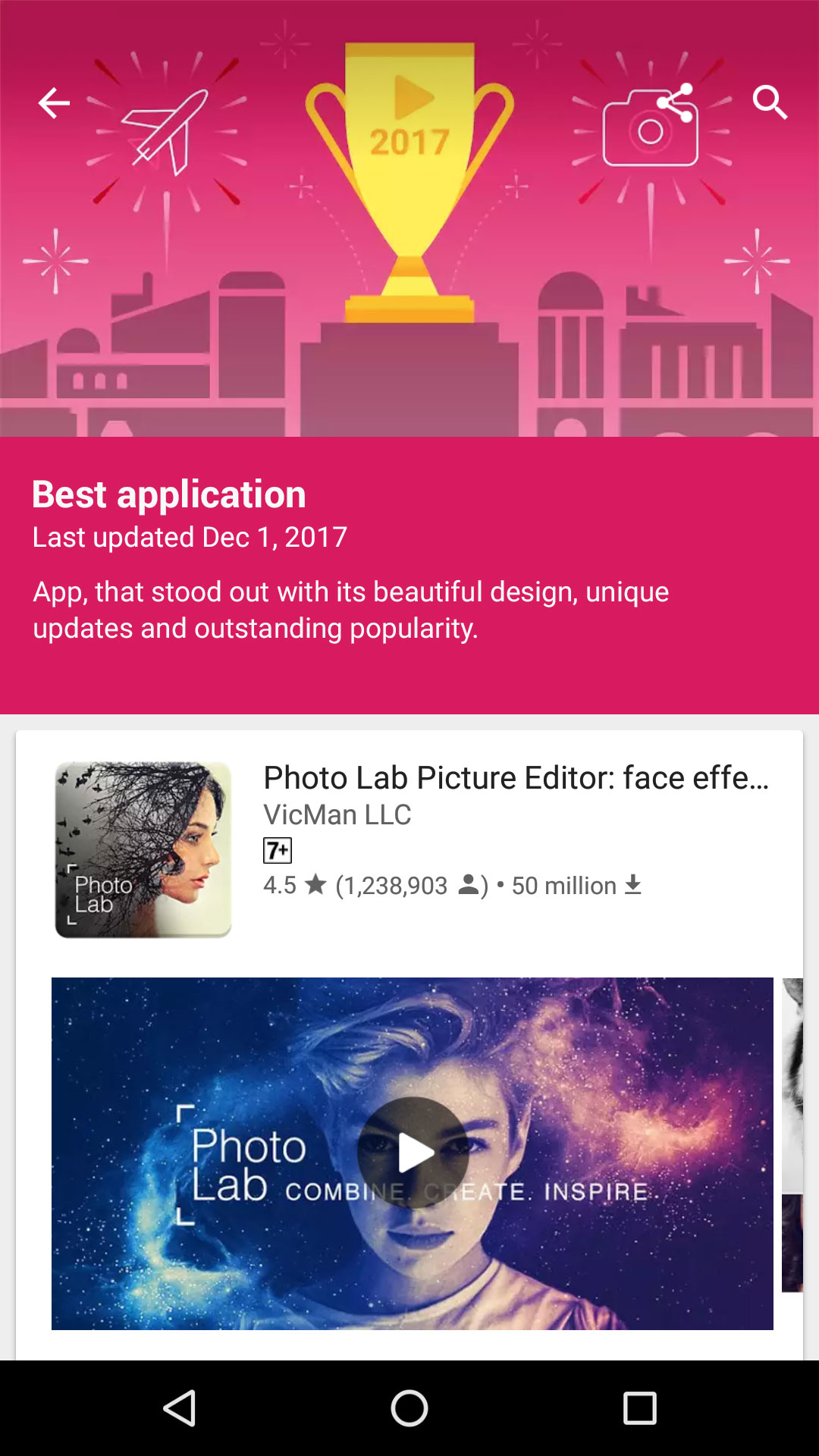 Google Play revealed the winners of the Play Awards of 2017 on Friday, December 01, and we are very proud to say that Photo Lab has become the best app of the year. 🎉

The lists of the winners differ from country to country, so to be more specific Photo Lab has been nominated and picked the trophy as the hottest app in Russia 🇷🇺. For us, it is a huge step forward and the sign of recognition of all the significant changes we were introducing through the year not only from the Play Store team but also from you, our users.

The impact of Photo Lab users is truly huge. Every day hundreds of thousands of people choose to use the app for a variety of photo editing needs, with hundreds spending their precious time giving us stars (the average rating has almost never been lower than 4.5 🌟), leaving reviews (more often good than bad) and emailing all kinds of feedback to us. That all gives us food for thought, helps to improve the app, detect and fix minor and major bugs on time, and even makes us roll back new features sometimes (C’est la vie 😶). It’s only natural that we see you more as a part of the team and would like to share this victory with you.

So CHEERS! 🍸 and let’s keep the ball rolling by spreading the word about this terrific news!