FIFA World Cup 2014 is coming and in a few days all football fans will be stuck to TV displays watching exciting video translation from Brazil. Cafes, restaurants and breweries will be full of people, singing and even dancing, holding flags of their favourite team. Football unites people of various professions and makes us all feel as a single team. Small things, such as patriotic face paint and accessories that symbolize which team you prefer, help to keep the spirit and solidarity high.

The photo is edited with our new ‘Flag of Brazil‘ photo template. In this post we are going to tell you a few interesting facts on football and illustrate them with fun football Pho.to templates. Enjoy!

FIFA World Cup 2014 has gathered 32 teams which are going to compete with each other for  Champion title. National teams from Brazil, Italy, Great Britain, Germany, France, Russia, USA, Spain and other countries will go to the tournament. Lots of fans are going to join them. And what about you, are you going to Brazil?

If you want to show all your friends on Facebook that you root for, e.g., team of England, you can put on the flag colours with special face paints – or apply a virtual England flag face painting on your portrait photo and set the result as your profile picture. 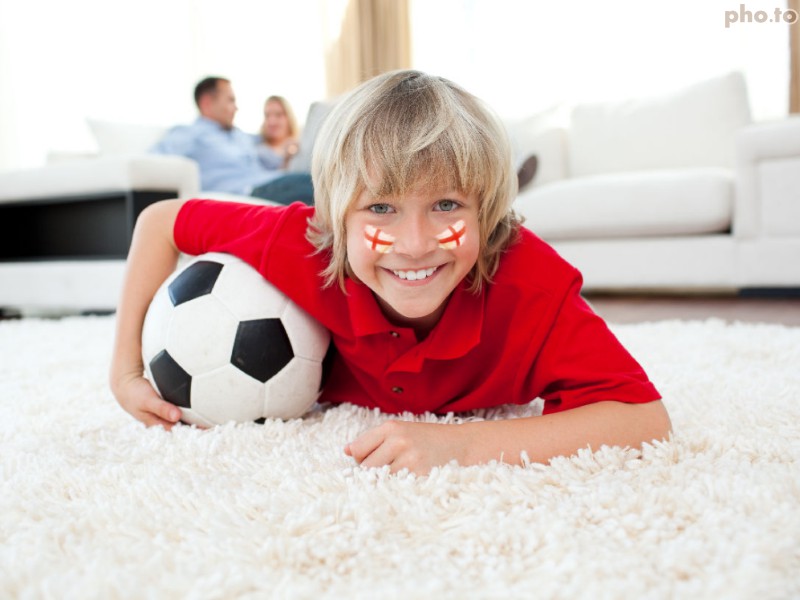 Oh! Support the US? Then simply choose a template with the flag of the United States. We have flag face painting templates for 20 countries!

This guy has found his face paint effect!

The Head of FIFA

Do you recognize this guy? On and off bet, you must know him! FIFA was found 108 years ago and it has changed less than 10 presidents. This man on the photo is the 8th president of FIFA, Joseph ‘Sepp’ Blatter. His photo is edited with ‘Football’ photo effect. You can easily take his place on the board: simply upload your photo and enjoy the results. 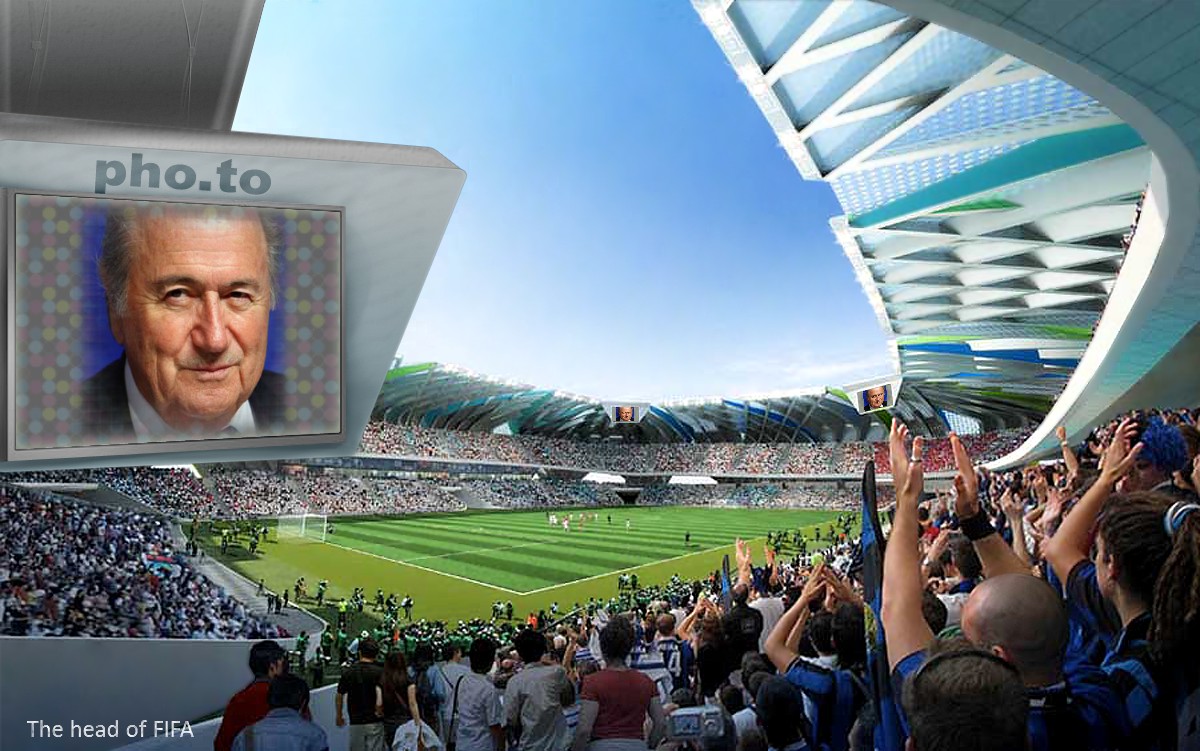 Rigobert Song, the Cameroonian defender, became the first player to receive two red cards – one in 1994 and one in 1998.At only 17 years old, Song was given a surprise call-up for the 1994 World Cup and played two games at the finals. The defender played in the group matches games against Sweden and Brazil. He received a red card in the match against Brazil, becoming the youngest player ever to be sent off in a World Cup, aged 17. Song then participated at the 1998 World Cup. After receiving a red card in the last game against La Roja, Song broke another record as he became the first player ever to be sent off at two different World Cups.

We applied the ‘Wipe it Off’ blending effect to the Song’s photo. This effect is a neat way to combine two pictures – the flag picture and your portrait – into one.

Zinedine Zidane, who was also sent off at 1998 World Cup, has since achieved this feat as well. Zidane received his second red card in the final of the 2006 tournament.

As Zidane plays for the France national football team, we applied the ‘Flag of France‘ template to his photo.

In 1992 Vinnie Jones went down in football history as the player who got the yellow card in shortest possible time: 3 seconds after the start of the match!

We added the England flag face paint  to his photo to liven up the image. Vinnie looks cheerful here, doesn’t he?

If there is a football king, than it’s Pele, a footballer from Brazil. Now he is retired, has his own business (greatly connected with advertisement). We chose the ‘Among the stars’ effect to illustrate his victorious path. 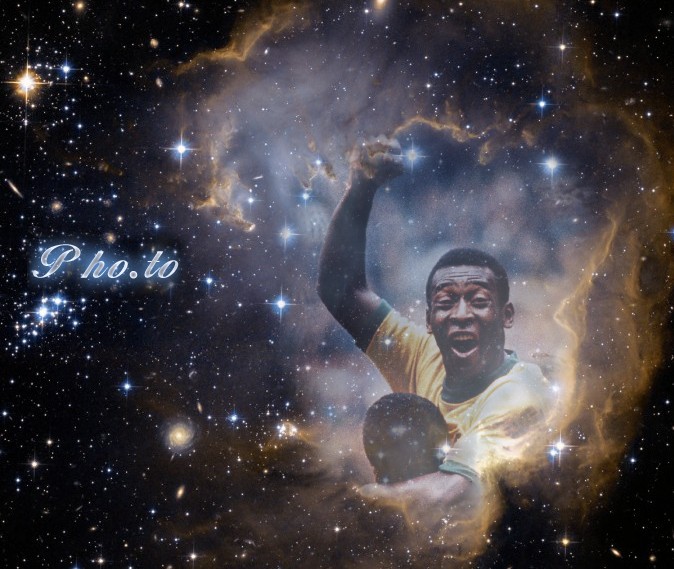 Pele is known for impressive number of league goals: 541. In total he scored 1281 goal in 1361 games and got to the Guinness World Records book. This guy is regarded by many football experts, players and football fans as the best player of all times. In 1999 Pele was voted to be the Best player of the century.

Despite being a huge figure in football world, Pele retired in 1977, and new generations started to forget him. They found a new idol, an Argentine footballer called Diego Armando Maradona. He was also chosen as the best football player of the XX century (according to an online survey hold by FIFA). In his international career, playing for Argentina, Maradona earned 91 caps and scored 34 goals. 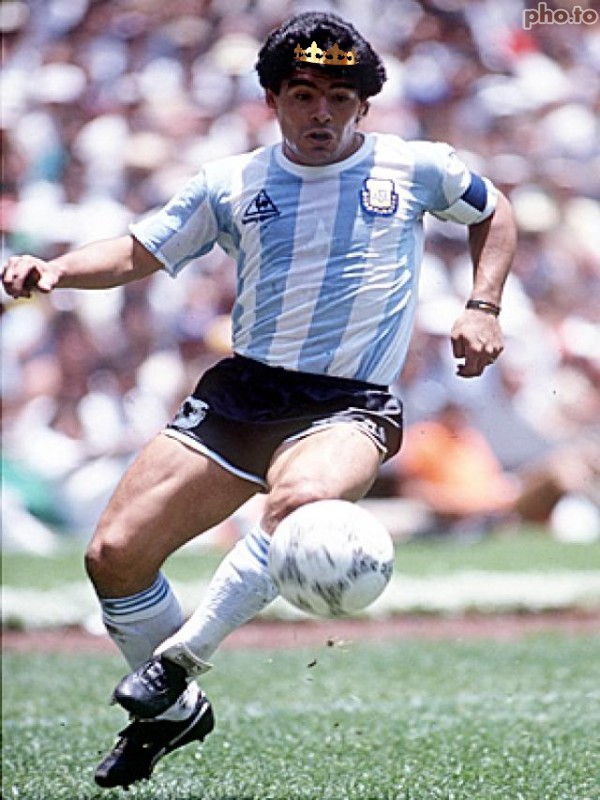 The second football king after Pele, Maradona is trying on a crown with ‘King Crown’ photo effect by Pho.to.

Are you a fan of Cristiano Ronaldo? This portuguese football player is a forward at Spanish club Real Madrid. He is also the captain of the Portugal national team. Ronaldo became the most expensive footballer in history thanks to the move from Manchester United to Real Madrid, which happened in 2009. The transfer cost was 132 million dollars. He is regarded by people in the sport as one of the best current football player in the world. In January 2014, Ronaldo scored his 400th career goal.

By the way, what about joking a bit and making a userpic which shows you looking like Ronaldo? Now it’s easy to do with ‘Football fight’ photo template!

We decided that a photo of Damian Mori will be a good illustration for the next effect and next story. Look at him. 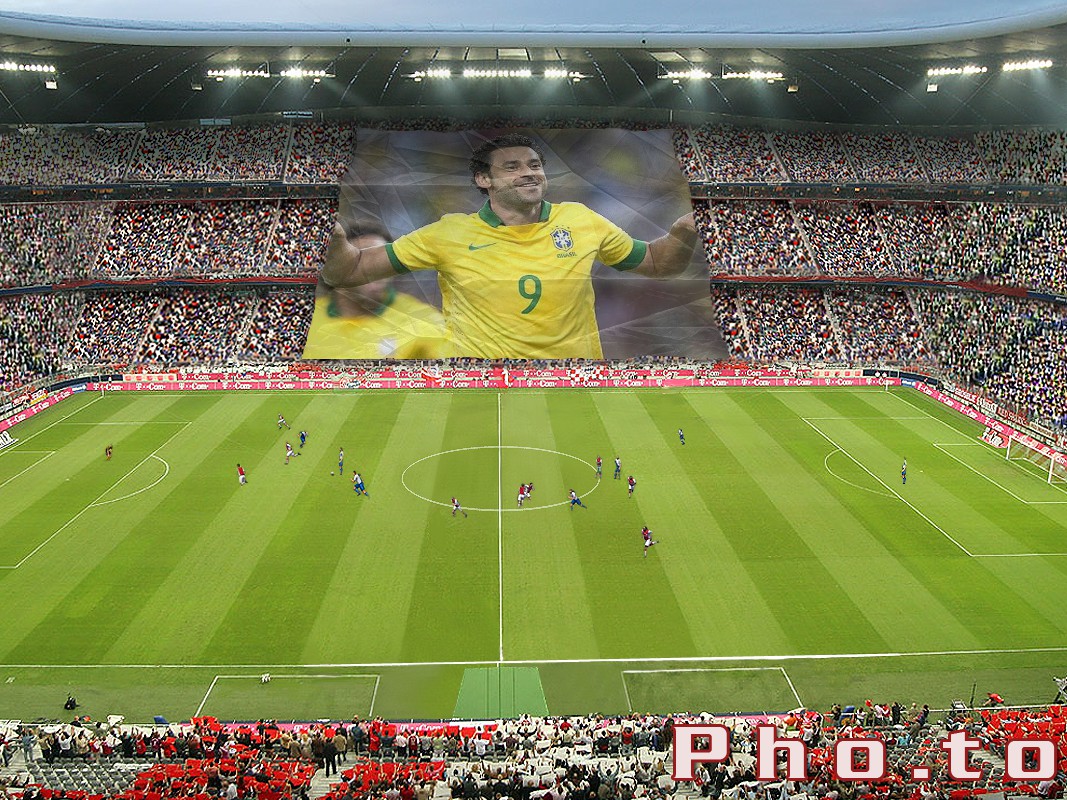 This person is considered to be the best striker in Australia. Mori has retired, now he works as a coach. The guy has a charming smile and he is a perfect model for our ‘Football championship’  football template.

The photo below shows Lionel Messi, an Argentine footballer who plays as a forward for Spanish FC Barcelona and for the Argentina national team in FIFA World Cup 2014. In 2012, Messi made Champions League history by becoming the first player who score 5 goals in 1 match. He has a number of awards, and a beautiful girlfriend! By the way, you can see her portrait on his T-shirt. But hush, it’s a T-shirt with a secret. If you upload your portrait into ‘Lionel Messi’ photo template, you can substitute the photo of Messi’s girlfriend.

Kids and grown-ups, men and women, we all like football. Pho.to wishes you a happy FIFA 2014 tournament. Have fun and enjoy these days together with your friends and family. And don’t forget to share your photos in comments! 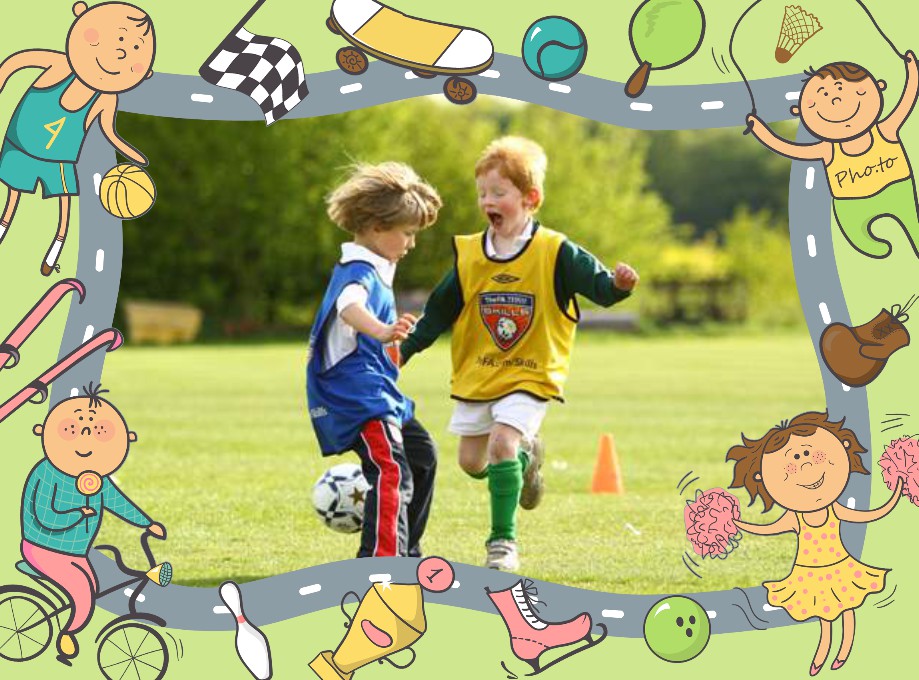 P.S. By the way, the photo is framed with the ‘Sporty kids’ photo template.