All Hallow’s Eve, Hallow E’en, Day of the Dead, Halloween. Whatever name you call the holiday, this night is considered to be one of the most mystical and magical during the whole year. Photo Lab team wants to tell a brief history of Halloween, pay attention to the most popular traditions and share ghastly combos with you (don’t forget to tap on any combo you like to apply it to your photo). 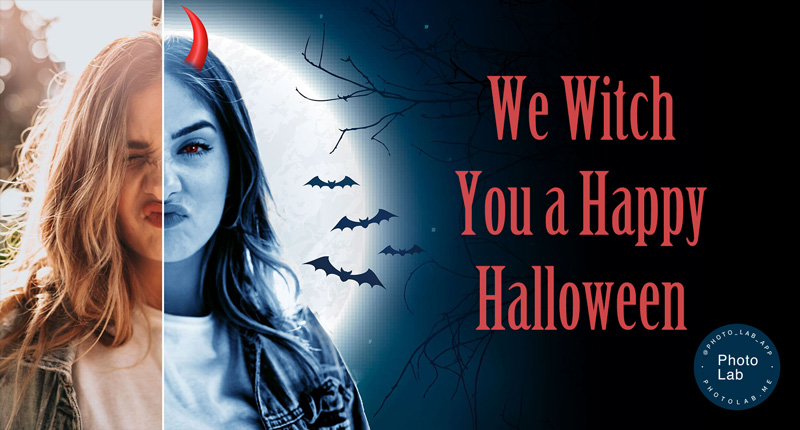 Halloween, also known as the festival of Samhain, starts its history from the Celtic religion. The Celts believed that there was a veil between our world and the world of the dead. According to their beliefs, in the end of summer this veil became too thin so the ghosts could get out of the Otherworld (this is the name of the world of the dead) and freely walk down the streets frightening people. And here the Jack-o-lantern’s story begins… But before we start telling you the pumpkin’s story, check out the effects below – maybe you’ll find your Halloween inspiration 🎃 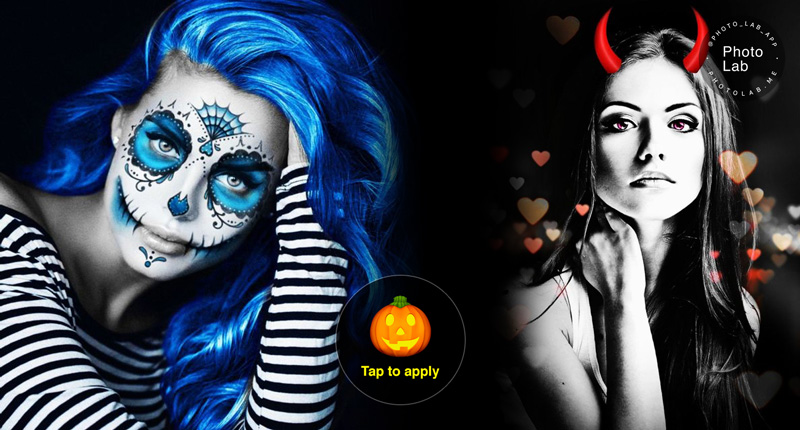 The legend tells about a miser, known as Stingy Jack, who once was drinking with the Devil. Stingy Jack didn’t want to pay for the drinks so he asked the Devil to turn into a coin and pay the bill. The Devil agreed to the suggestion and turned himself into a coin. Stingy Jack put the coin into his pocket next to a silver cross so the Devil couldn’t get free. Jack freed the Devil under the condition that he wouldn’t bother him during one year and wouldn’t claim his soul if Jack dies. 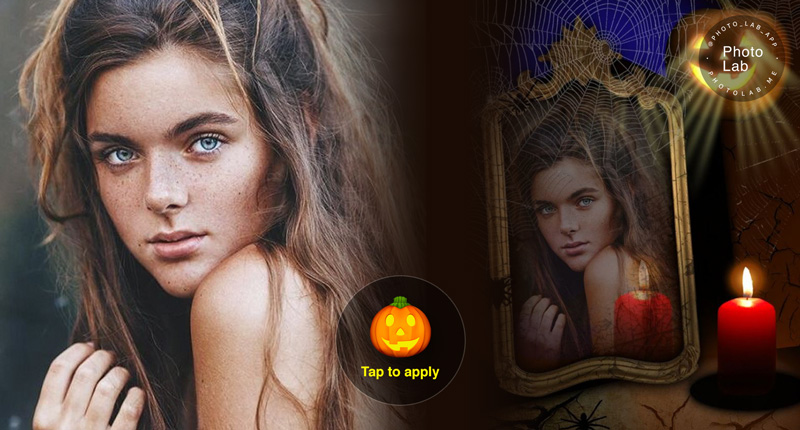 One year later Jack met the Devil again and offered him to climb a tree for some apples. Once the Devil did so, Jack carved a cross on the tree so the Devil couldn’t get free until the another condition was laid down: the Devil promised Jack not to bother him for ten years. According to the story, Jack died soon and his soul wasn’t taken neither to heaven nor to hell. So his spirit is said to freely walking with a burning coal to light its way. 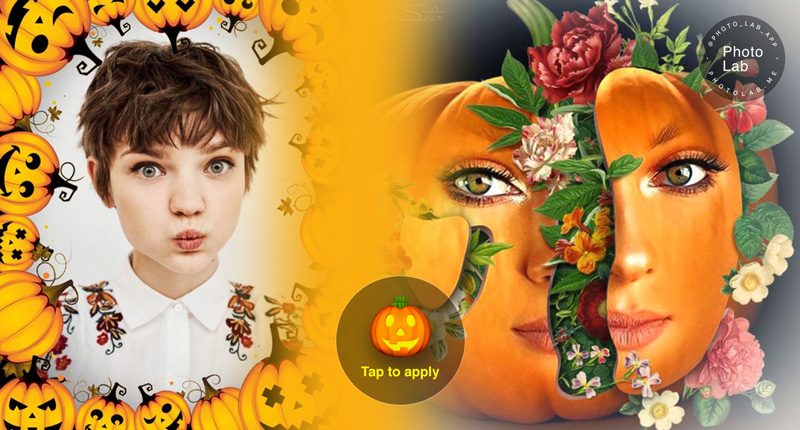 People started to carve turnips (yes, originally lanterns were made of turnips!) into so-called Jack of the lantern, or Jack-o-lantern as we know it today. They cut eyes, noses and mouths and then put a candle inside to make turnips gleam. They believed that these lanterns would scare off ghosts and would keep their houses safe. By the way, look at the following combos – do you like ideas below? 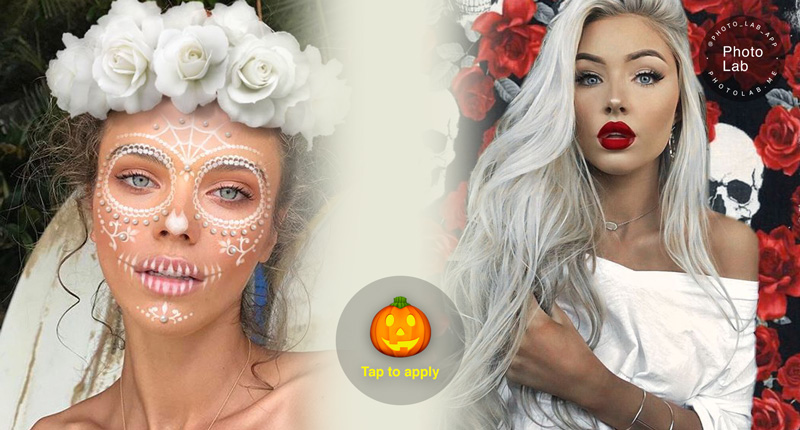 Okay, we’re done with preparing Jack-o-lanterns for Halloween. What comes next? Costumes and trick-or-treating 👻 🎊 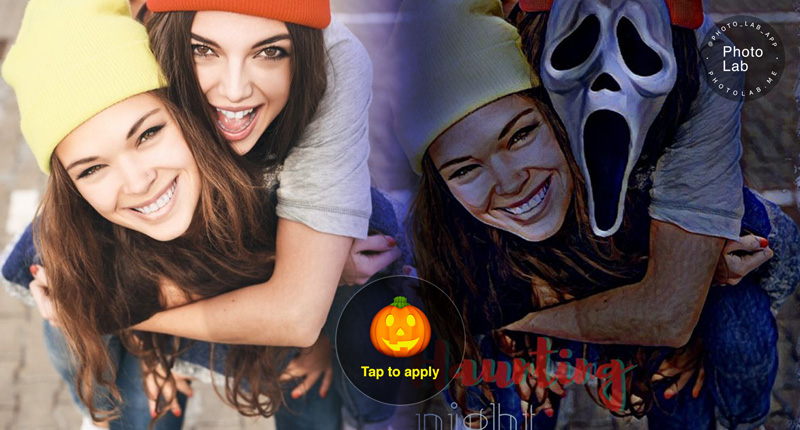 While Celtic people were celebrating the festival of Samhain, villagers dressed up in costumes made of animal skins to frighten away phantom visitors. Tables with edible offerings were prepared outside the houses to calm down unwelcome spirits. Later people began to wear costumes of ghosts, witches, demons and other creatures and walked from house to house scaring others and asking for food and drinks. This tradition dates back to the Middle Ages and is said to be an antecedent of trick-or-treating. Here are some Photo Lab ideas for children’s photos 😉

Photo Lab team loves Halloween. We are always pleased to offer our users good combo ideas and BOOtiful (or SPOOKYful) makeups. Enjoy this Halloween and edit your photos with Photo Lab!

A brief history of Halloween is told, pumpkins are carved into Jack-o-lanterns, children are tricking (or treating?). We want to wish you a happy Halloween. Enjoy the night, beware of monsters and edit your photos with Photo Lab!

Oh, by the way, when black cats prowl and pumpkins gleam, may luck be yours on Halloween 🎃 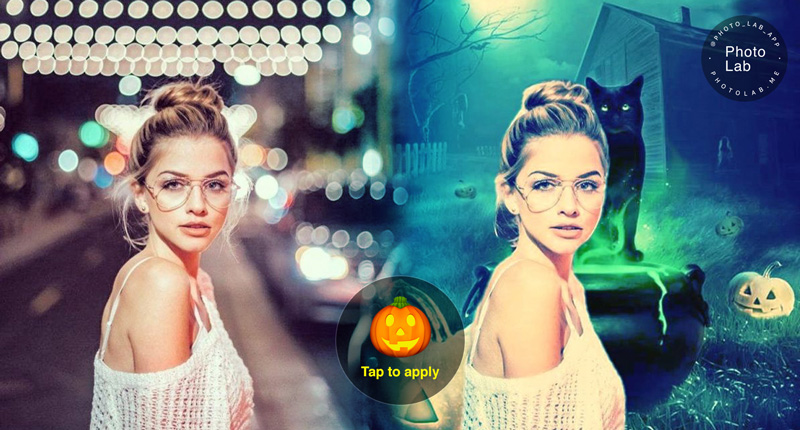