Sometimes the only thing a photo lacks is a little bit of emotion. If you are one of those people who do not take their photos too seriously, there are plenty of ways for you to play with face photos: change face expressions, apply realistic emotions, warp the face making it look freaky or turn a photo into a cartoon to boost the fun. It can be done right in your browser with just a couple of clicks.

First of all upload your photo to Cartoon.Pho.to. You can either choose to upload it from disk or via URL if the image already exists somewhere on the Internet.

When the image is uploaded, the cartoon filter is applied to it by default. Here is an example:

At this point you get access to face morphing options that enable you to create animated photo caricatures from face photos. Just check the ‘Face morphing’ box and you will see the list of available emotions. Meanwhile a ‘Smile’ already appears on the face:

Move further and you will be able to make a person flirt, wink or raise eyebrows in surprise!

Keep experimenting without the cartoon filter. To switch it off, just uncheck the ‘Cartoon effect’ box:

Emotion effects are animated by default, but you can get a static result as well. To do so, check the ‘Disable animation’ box. This option may come in handy if you would want to create an avatar for social networks that do not support animated pictures (e.g. Facebook).

The next block of effects Cartoon.Pho.to provides is called ‘Freaky faces’, and it is all about face warping. Though we never know what intentions are on your mind, we see it as an opportunity to have fun with well-meant caricatures. One click will turn you (or a friend of yours) into a Troll, Alien, Martian, make you Bulb-headed, and more. These effects are not animated, but remember that you can add the ‘Cartoon effect’ to them.

Do you recognize Dr House? 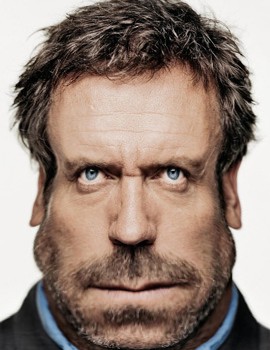 Oh, and another small tip: try adding the cartoon filter to a landscape or other non-portrait photo. The result will be quite unusual. 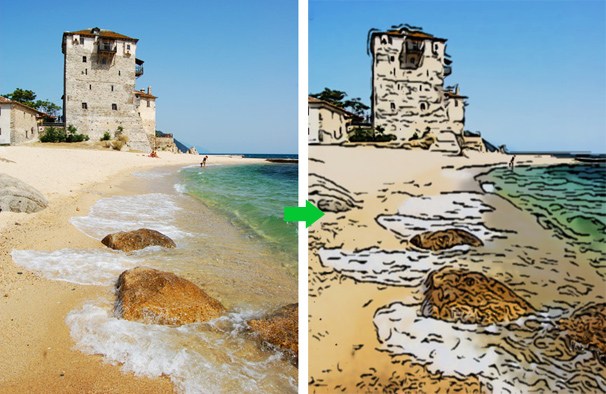 Now it’s your turn to experiment with Cartoon.Pho.to. There are many effects to explore, so apply, combine and enjoy the results!

2 thoughts on “Fun with faces and cartoons”