We all know that Artificial Intelligence can be smart, innovative and even artistic. But could you imagine that it can also be creepy, spooky and spine shiver sending? Yes, it definitely can! Especially on the eve of Halloween 😜 🎃

Our tried-and-true AI artist broke bad and came out with an algorithm that turns normal people into creepy dolls like the ones featured in those good old horror movies. Remember Chucky, Annabelle and Dolly Dearest? Now you have a chance to become one of them! 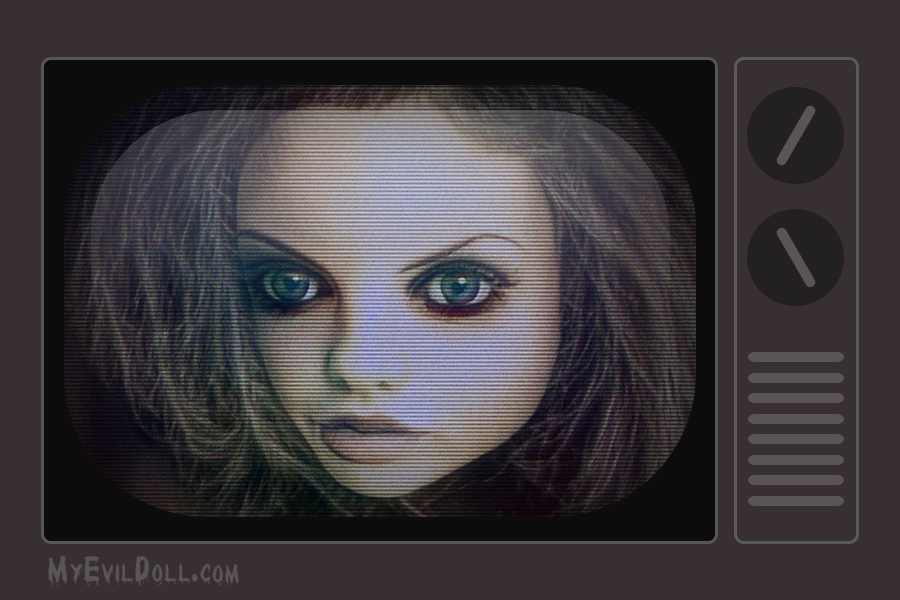 Meet MyEvilDoll.com – a neural network based web service that will turn you into a creepy doll. Using it is as easy as a сhild’s play (that, by the way, is the name of the slasher movie Chucky appeared in 😉). As always, our Artificial Intelligence works instantly and automatically: you upload your photo, and your inner Annabelle will come to meet you, before you could say knife. You can choose between a static image and a video showing the horrifying process of transformation.

For those who prefer to stick to the Photo Lab app, there are also two Evil Doll effects found in the Face Montages category. One of them is animated, as well, and can be used to create an eerily beautiful animated e-card for Halloween.

Just have a look at those BOOtiful creatures! Aren’t they adorable? 😍 While most of them look really creepy: 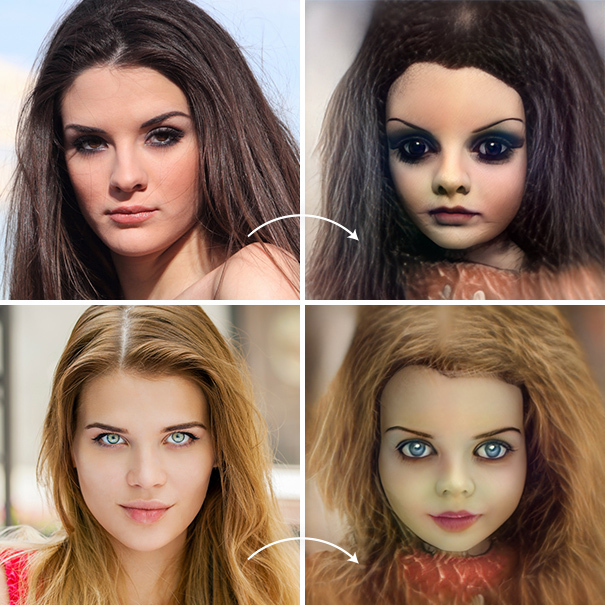 …some may seem quite cute and innocent. But who knows, maybe it’s only on the outside (some sinister laughter here). 😆 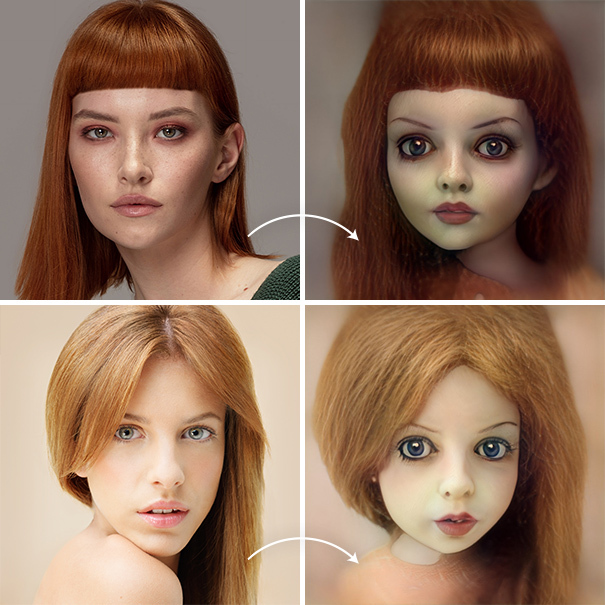 So, your doll can be a lovable plaything or a creepy monster. Will you dare to find out? 👻